David Godfrey is somewhat of a legend in the XR4Ti circles, being a prolific problem solver and fabricator, he came up with some good solutions to deficiencies in the XR4Ti platform. In this case, in an effort to free up engine bay room, as well as improve safety and lighten the nose for racing purposes, he moved his battery to where the rear seat would normally be located. Since this was more racecar than passenger car, the rear seat was removed. As a part of that, he did a great job in relocating cables and starter solenoid as well.
David no longer maintains his website, so I pulled this out of the Internet archives to give it a new place to live, so people can see it, and take some inspiration from his ideas.
Chris 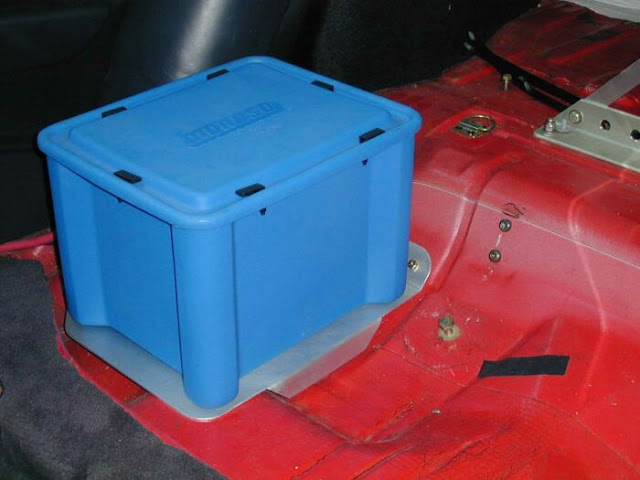 Moroso battery box [mounted in the space where the rear seat would normally go; because racecar] 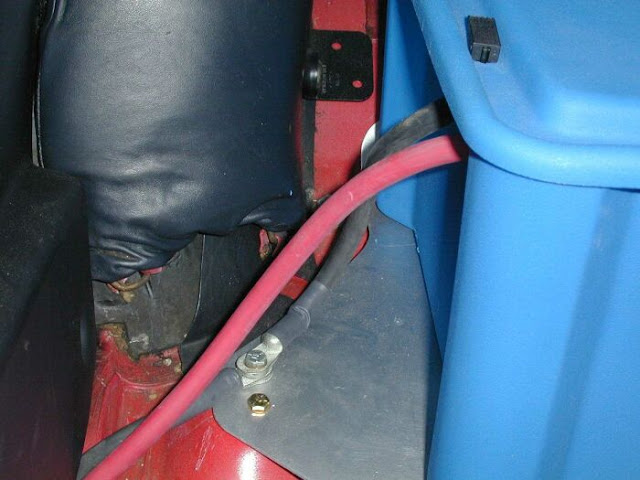 Battery cable mounting [grounding the battery to the tray and body, close to the new battery location] 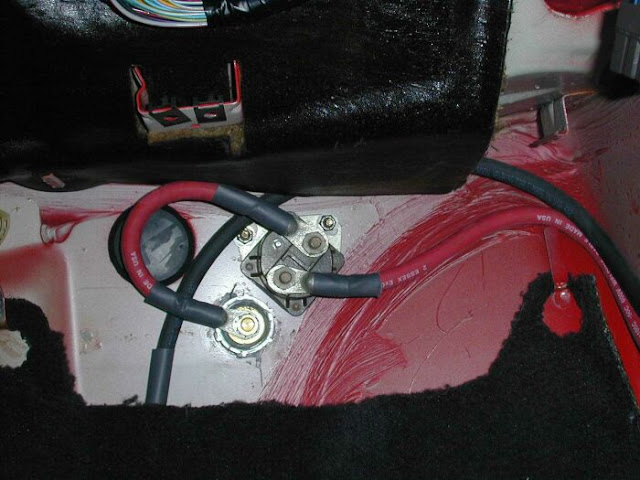 Start solenoid mounted [on the interior side of the firewall, on the passenger side] in car 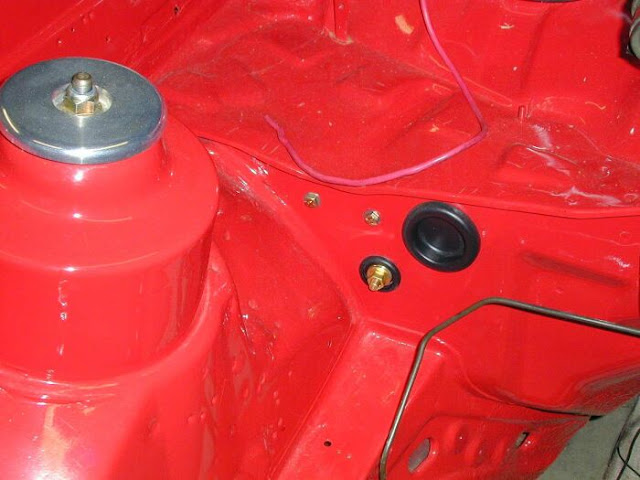 Starter cable bulkhead feed through [right below where the battery tray would normally be located; battery tray missing from this picture]