David Godfrey is somewhat of a legend in the XR4Ti circles. He was one of the first to figure out a bigger front disc brake option using off the shelf discs, as well as a rear disc brake conversion. He also figured out that the 94 T-bird master was a better option for XR4Ti brakes than, certainly, the early '85-'86 master, and even the improved '87-'89 master.
David no longer makes this and his site is no longer maintained, or even available. I pulled this out of the Internet archives to give it a new place to live, so people can see it, and hopefully start making them again some day.
Chris

David has developed a master cylinder upgrade for the Merkur XR4Ti that utilizes a lighter and less expensive unit from a 94 T-Bird.  Regarding the master cylinder, David writes:

"I wanted to find one with a bigger diameter piston bore if possible as well as a lighter one since the XR cylinder is cast iron. Never liked the XR cylinder as it is heavy and expensive.  Ended up using a cylinder from a 94 T-bird, non-ABS with a 4.6.  The T-Bird cylinder has a 1.062 in bore vs. the XR's 1.00 in. "

Below are some photos highlighting this modification: 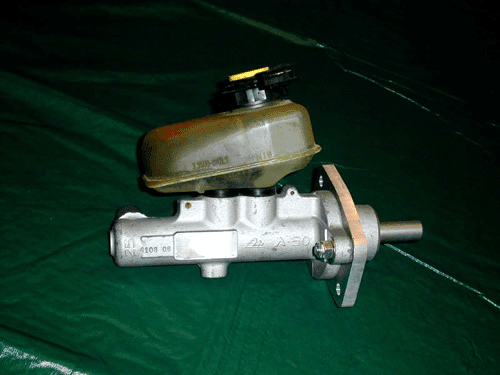 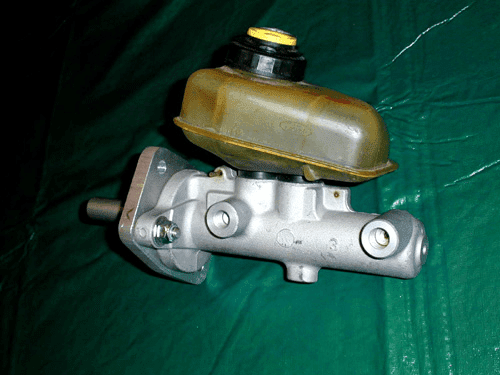 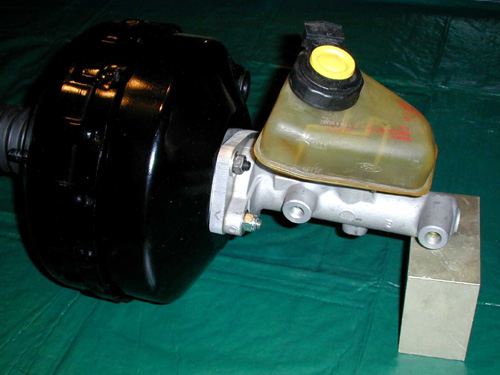 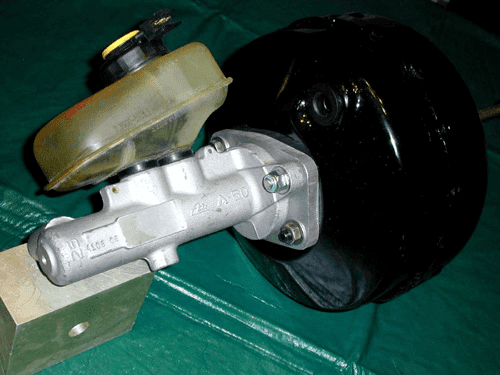 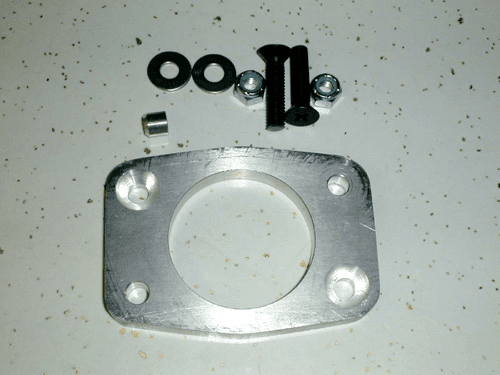 Master Cylinder adapter plate and hardware
"The only trick part is the "slug" that goes in the end cylinder where the booster push rod presses on the end of the piston. The slug makes up the difference caused by the adapter plate and the interface between the XR booster and T-bird cylinder." 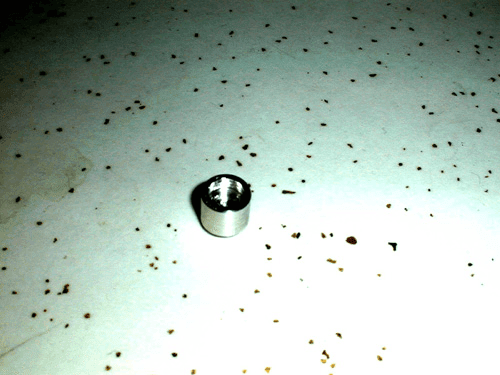 "The brake lines need to be changed as the XR had two ports for the front line where the t-bird only has one. This worked out in my favor as I want to install a line lock (for drag race burnouts) and I need one line common to both front wheels to do this. The rear line was going to be changed anyway since the stock proportioning valve was going to be removed."